The Executive Council of

Australian Jewry has issued a statement detailing their reasons as to why they are not aligned with Israeli Human Rights group Shurat HaDin’s move to litigate against a NSW professor who advocates BDS against Israeli academics. 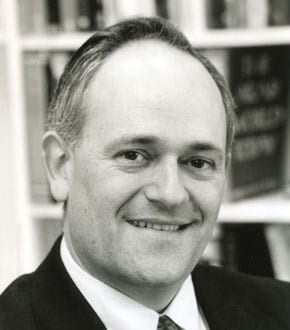 Peter Wertheim
In a prepared statement, executive director of The Executive Council of Australian Jewry, Peter Wertheim states: “The campaign to boycott academic and other contacts with Israel is repugnant to all who sincerely seek a just and lasting resolution of the conflict between Israel and the Palestinians,” said Peter Wertheim, the Executive Director of the Executive Council of Australian Jewry (ECAJ). “The path to a just peace is through mutual engagement, not vilification. Contacts between Israeli and Palestinian academics should be encouraged and facilitated by their Australian and other colleagues, not stigmatised.”
The ECAJ has long been a vocal critic of the anti-Israel boycott campaign. “The boycott campaign is a calculated attempt to demonise, isolate and ultimately dismantle Israel through the distortion of international law and human rights. The hate-filled protests outside Max Brenner chocolate shops and the ill-considered scheme of Marrickville Council to boycott Israeli products at a cost of millions of dollars to its rate-payers, which was subsequently abandoned, have rightly been condemned and derided by most Australians. All major parties including the Greens, except for a handful of their MP’s, disavow the anti-Israel boycott campaign” Wertheim said.
“The ECAJ believes that the most appropriate and effective way to combat the boycott campaign is to expose its deceptive and sometimes racist rhetoric, methods and aims public scrutiny. In our view, attempts to suppress the campaign through litigation are inappropriate and likely to be counter-productive. It is for this reason that the ECAJ has had no involvement in the action brought by Shurat HaDin and will continue to fight the boycott campaign through public discourse. If any individuals believe they have been adversely affected by racially discriminatory policies and practices of the Centre for Peace and Conflict Studies they are entitled to have their day in court, but we are opposed to litigation if it is pursued merely as a political tactic.”
Asked whether he believes that all criticisms of Israel are antisemitic, Wertheim answered “No. Israel is a vibrant pluralist democracy and its citizens – Jews, Bedouin, Druze and other Israeli Arabs – are often its most incisive critics. But it is also false to suggest that no criticisms of Israel are antisemitic. There is clearly an overlap, as has been acknowledged by the European Agency for Fundamental Rights, the United Kingdom All-Party Parliamentary Inquiry into Antisemitism, the Organization for Security and Cooperation in Europe and the members of parliament from many countries, including Australia, who have signed the London Declaration on Combating Antisemitism and the Ottawa Protocol on Combating Antisemitism.”
Posted by Geoff Seidner at 10:21 am